Road trips are nearly synonymous with music. There are few things in life as fun as singing in the car at the top of your lungs with people close to you. The Byron Bay Bluesfest is on for the 26th year in a row in April 2015. The perfect road trip for 1-5 days. Hire a minibus, or hire a larger private coach depending on the size of your group. Choose lodging options such as hotels, bed & breakfasts, or grab a camping site.

With such a large festival and over 100 performances there is something for all ages, with musical genres being represented such as, punk, folk, roots, rock, reggae, blues, hip hop, R & B, celtic, ska, and fusion of all kinds.

The History of the Byron Bay Bluesfest

The festival found a new home in 2010 11 km away from Byron Bay. The Tyagarah Tea Tree farm is a fully functioning 120 hectare tea tree farm, that becomes festival grounds for several weeks before, during, and after the show.

During the 25th annual Bluesfest more than 500 volunteers put in more than 12,000 man hours to make the show a success.

Beyond the music there are licensed bars, plenty of shopping with over 50 market stalls, and amazing Australian fare at over 40 food stalls.

There festival grounds are home to koala bears. They do look adorable, however they are known to bite and scratch especially if they are stressed or feel threatened. There is trained staff on site to deal with koala sightings to keep both people and the koalas safe. 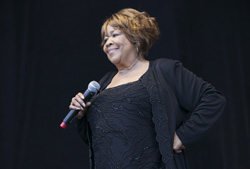 For six decades Mavis Staples has been representing the essence of American music. With anthems like Respect Yourself, and I’ll Take You There and now bringing her newest hit One True Vine her style begins to evolve and amaze audiences. Without an allegiance to any genre Mavis Staples has elements of soul, R&B, jazz, gospel, rock and blues. Her voice continues to be spine chilling. Bluesfest welcomes Mavis Staples.

Winner of VH1’s Hottest Album Art of 2014 Lenny Kravitz will be making three stops in Australia on his world tour, Sydney, Melbourne, and of course Byron Bay.

International sensation out of D.C. Soja will bring their eclectic style to Bluesfest this year. Blending reggae, go-go, D.C. harcore, Latin, rock, and hip-hop. This band has been together since middle school and has amassed an almost Grateful Dead like following over the years.

From Achron, Ohio The Black Keys have been nominated for the BRIT award for International Group. Embarking on a world tour beginning in February in Zurich, Switzerland and then wrapping up in Denmark at the end of June.

With a reputation for being one of the best bands to listen to live the Counting Crows are hitting the road to promote their newest album Somewhere Under Wonderland. With over 20 years playing together this band is sure to delight all audiences.

For twenty-five years the Gypsy Kings have been transfixing millions with their imaginative style that blends traditional flamenco, Western pop music, and Latin rhythms. Their new album Savor Flamenco is the first album they have released in six years.

Five Juno nominations for 2014 with two wins, Artist of the Year, and Songwriter of the Year Serena Ryder is on a roll. Not only did she receive five nominations, two wins, she also hosted the show with Johnny Reid and Classified, and performed with Classified to open the show.

Known for their Celtic punk rock music the Rum Jack’s are going on a national tour this summer. Blow’s and Unkind Words is the first single off their second album Sober and Godless. It hits the mark for a fun song to drink with your friends.

The year was 2003, the place was St. Kilda’s Gershwin Room, and a World Record attempt was made for the most horns played on stage at one time. So much fun was had everyone forgot to check if the record was set but the Melbourne Ska Orchestra was born. With many local fans and international MOS enjoys selling out shows after 12 years they are still going strong. The band will have anywhere from 26-34 members playing at any given show.

With seven albums released since 2007 Ash Grunwald is a stunning example of blues, hip hop, rock, and a dash of reggae thrown in for flavor all getting along in harmony.

On the 2014 season of the Voice in the USA Hozier performed, “Take Me to Church” during the final episode. Now promoting his debut album in 2015 he will be performing from Coachella Valley, CA to Bluesfest in Byron Bay, Australia. 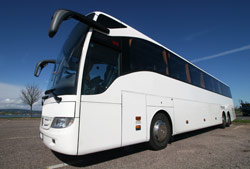 The Byron Bay Bluesfest has grown to become an international draw, with over 100 individual performances on 8 separate stages it is an amazing festival with crowds numbering over 100,000.

Make a day trip for Brisbane to catch some of your favourite performers or go take an overnighter from our office in Sydney so you don’t miss anything. For the ultimate in Blues Hit both the Blue Mountain Roots, Folk & Blues Fest in mid March then hit up Byron Bay the first weekend of April. Short distance and long distance coaches are available for private hire for your perfect concert tour this summer.