Canberra Stadium was formally known as Bruce Stadium. Constructed in 1977, it is the home ground for the University of Canberra Brumbies as well as the Canberra Raiders. Originally, it was part of the Australian Institute of Sports (AIS). The stadium was built so that it could hold the 1985 IAAF World Cup in athletics. 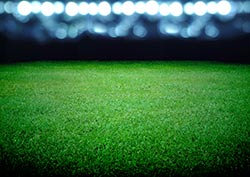 During those days, ACT government came to an agreement with the Australian Sports Commission to acquire a long-term lease of the stadium as the 1990s neared the end. Australian Sports Commission was actually the Commonwealth Government Agency that was fully accountable for AIS. Following the agreement between the ACT government and the Australian Sports Commission regarding the long-term lease, nearly $50 million was plunged into the stadium for redevelopment purposes.
Initially, the stadium had an oval venue, which the government wanted to convert into a rectangular venue at the dawn of redevelopment. Moreover, additional seats were added to the stadium so it could accommodate roughly 25,000 fans. Ever since the redevelopment, the stadium has been host to many sporting events such as Olympic Soccer, which happened in the course of the Sydney 2000 Games. The stadium also hosted events like Rugby World Cup in 2003, other minor rugby matches, football test matches among many other events. The following are some of the features to look out for when you pay Canberra Stadium a visit.

The stadium has a seating capacity of roughly 25,000 seats. There is an additional standing room with a capacity of 2,000 people. When you go into the inner sitting bowel of the stadium, you will notice that it is linked through the inner bowl concourse. It is very convenient as it allows fans to move from one side of the stadium to the other.

The stadium practically features 32 suites aside from two corporate club areas. There are also a couple of formal function rooms in the stadium. Other features include 16 concessions and nearly 60 corporate open boxes. All these features serve different purposes in the stadium making things convenient. With the numerous upgrades, quite a lot changed about the stadium. The redevelopment brought various upgrades to the stadium such as lighting improvement, reconstruction of the tickets and entry points at two stations, transitioning and improvement of the stadium’s video replay board, game production systems among others. You will also find turnstiles, CCTV’s and a digital upgrading of the cash register system.

When you go to the dining areas, you will find them with state of the art facilities that are meant to make you feel more comfortable after indulging in a sporting activity or even watching a game. The dining areas have digital TVs with the perfect signals as they are linked to the IPTV network. Apart from the corporate clubs and suites, the dining areas ensure that you have a great level of entertainment when you dine there.

Occasionally, the stadium renews the grass-playing surface. This often happens every four to five years especially if there is a big event just around the corner. For instance, there was grass renewal during November in 2013, which aimed at making the pitch perfectly ready for 2015 Asian Cup. Renewal of the grass playing surface and top 100mm of the sand profile (this plays a vital part in supporting grass) keep the field’s function efficient and convenient all year round, especially at the most crucial times for sporting events.

If you go anywhere, people will always appreciate the safety measures taken at a location. If a place is not secure, it makes people afraid to go to it or even do something that may be beneficial to others. The stadium is a safe and secure place for the sporting activities. This is because it has its own security officer who works closely with the manager to come up with plans and strategies exercised every year in line the risk management standards. Some of the security features of the stadium include efficient alarms systems and security systems among others features that are vital for safe and prompt evacuation. Integration of these security measures into the facility ensures optimal functions. 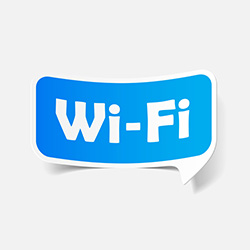 Although upgrading the Wi-Fi has been quite a challenge for Canberra Stadium, there are plans underway to ensure there is an installation of a system that will meet the need of the public. Since the need for pubic Wi-Fi is high in demand, the management is also looking for a cost-effective way of availing it to the fans who want to experience a bit of revolution by ordering foods and drinks online and even buying online tickets. Before the 2015 AFC Asian Cup, there will be yet another round of upgrading done in Wi-Fi and the IT department to ensure that everyone gets the best out of the Internet.

On your way to the stadium, you will notice a vast development in infrastructure. All the roads leading to the stadium are in a good condition. When visiting the stadium on less busy days, you are not likely going to come across heavy traffic. Traffic congestion tends to occur when there are big events hosted in Canberra Stadium. Otherwise, everything is just smooth from the roads to the stadium.
All in all, these features are easily to spot when you are touring Canberra Stadium. If the last stadium format that you saw was oval, then you will find that changed long ago. After all that touring, do not deny yourself the luxury of using the stadium’s finest lounges (dining areas that have been upgraded) so you can get a taste of Canberra’s delicacies.

If you are a first time visitor to the Canberra Stadium, make sure that you have made transport arrangements in advance so that your trip comes with fewer hassles. Especially if you are visiting the Canberra Stadium in a group, using a coach hire service can bring great convenience and comfort for the travelling entourage.